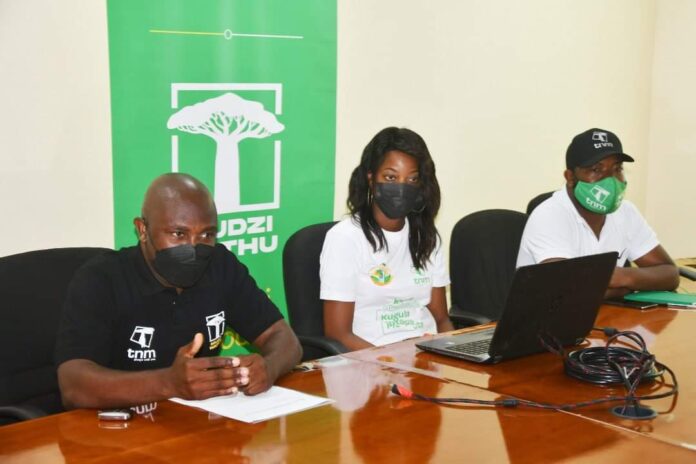 The stakes are now higher. Lucky customers of TNM’s Kuikunga ndi Mpamba promotion stand a chance to claim a bigger share of their winnings as TNM has extended the promotion to March, and introduced to K1 million weekly prizes.

This means that more customers will claim prizes regularly up to March 31, 2022.

The extension was announced by Frank Magombo, TNM’s Chief Marketing Officer during the fourth draw of the promotion where customers and agents won cash prizes.

“Our message is clear; we want more people to win bigger cash prizes while enjoying our mobile money service, and sharing the benefits in the economy. We are committed to changing lives of customers across the country.” said Magombo.

Magombo said the change in the promotion period has necessitated changes in draws from fortnightly to weekly to increase the frequency of customers winning.

“The extended promotion period has come with a new prize galore. The customers will win weekly prizes of K5, 000, K50,000 and K1 million,” he said.

He said since November 2021 when the promotion started, TNM Mpamba has disbursed over K30 million to1,160 customers and 1,160 agents.

“This promotion is helping stimulate the mobile money market by making TNM Mpamba services readily and widely accessible to customers.

Many people are preferring to buy their airtime and bundles using TNM Mpamba. In turn, we are offering the weekly jackpot of K1 million and K100 Million at the end of the promotion in March,” he said.

To enter the promotion, customers should transact with TNM Mpamba using K200 or more, and then invite a minimum of 10 members to participate.

“To add icing to the cake, all qualified group members are being given a 100 bonus on every airtime purchase made on Mpamba,” added Magombo.

During the draw, Phalombe-based business man Martin Pensulo and Balaka-based agent, Thedson Edward Matumba won cash prize of K100, 000 each. He said that he will use the prize money to amplify his farm produce business.