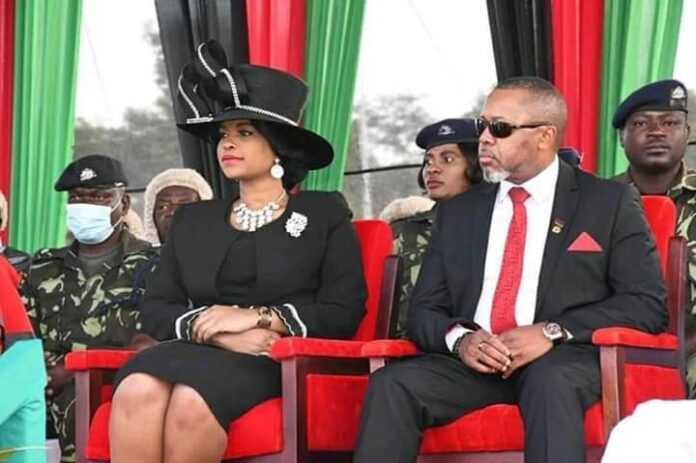 The Power of Silence: the case of SKC

Let’s start with this example: It is midnight. A married man gets drunk with Queens of the night at the pub. Female perfume scents all over his body. Lip stick marks all over his white shirt. A lady’s necklace in his pocket.

What would you do? Tortured, huh? That’s what silence does to the wicked.

This week we have learnt that President Lazarus Chakwera dissolved his cabinet with his Vice not knowing anything. The second in comment was in Blantyre and failed to hold a meeting because he was no longer Minister of Economic Planning and Development due to the dissolution of the cabinet. And there were no Ministers to attend because there was no cabinet. Eggs all over his face, he returned to Lilongwe to his private home in Area 43. The house is yet to be renovated after Chimulirenji left.

While in Lilongwe, we are also told that he was not consulted on the selection of the new Cabinet. Was he supposed to be told? Wait a minute, SKC is Vice President because of our laws. In essence this is a power sharing government. Dr. Chakwera wouldn’t have been President had it been that Dr. Chilima had refused to partner him as running mate, a demotion from SKC’s presidential ambition in 2019.

When LMC and SKC combined during the 2020 fresh elections these were the results: LMC/SKC 2.6 million while APM got 1.7 million. You don’t need to be Albert Einstein to understand what these numbers mean.

Now the silence gets interesting. While in office, we are told by the President, that SKC “has never done anything without me knowing. He sends me memos of what he is doing.”

At some point he went on to say “all the decisions are mine.” And the President has just told the nation that this is “my cabinet.” The last person who used those words was Kamuzu Banda.

In all this, apparently trying to be loyal and avoid any lift like what he experienced with DPP, SKC was putting his own political rating at risk. His reputation compromised. There were demands for him to speak out. He couldn’t. That would have been insubordination. He kept quiet for the greater good of the country.

During this period, SKC never addressed a political rally. Doing so he would have been accused of plotting for 2025 too soon. His party members were angry. He ignored them and kept quiet for the greater good of the country.

He even never addressed his party’s NGC for fear of the same accusation. But now what does he get? Insult and humiliation. Has the President forgotten where the two have come from? Does the President remember that MCP was for vote counting in the 2019 disputed elections which was non starter that would have been dead on arrival. There was a reason SKC was first petitioner. MCP seems to have forgotten.

While MCP and President Chakwera are tortured by Chilima’s silence, they are also indecisive. They humiliate Chilima by firing him in cabinet and not inviting him to attend swearing but instead of SKC reacting – it is the President himself reacting.

His Director of Communications and son in law, Sean Kampondeni was on MIJ radio clarifying that all was well between the two.

This is what silence does. Those close to Chilima and his Press Secretary Pilirani Phiri – tell them to continue with this silence and keep the other side tortured and guessing.

Machiavelli is smiling in his grave. With silence you buy time.