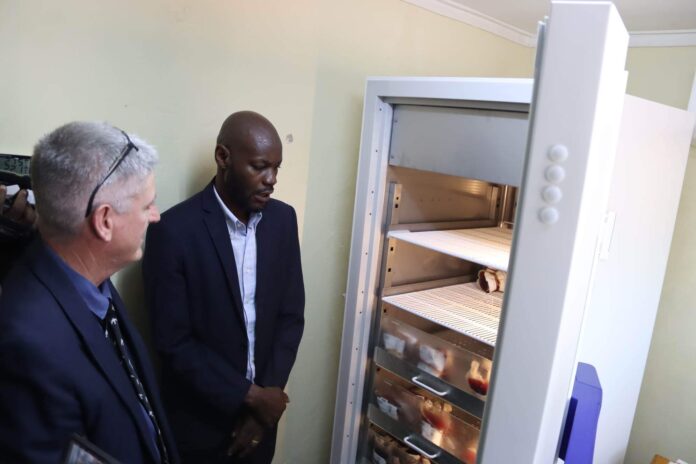 MBTs Public Relations Manager, Allen Kaombe, made the commendation on Thursday during the official handover of the blood bank room which has been renovated to the tune of MK 5 Million.

“On behalf of the government and MBTs, I would like to commend Illovo for renovating this blood bank room,” said Kaombe adding that “This blood bank room will help to save lives of people in need of blood in the lowershire and the surrounding district”.

Kaombe further described the donation as timely considering that Malawi is in need of blood bank rooms across the country. He also called upon companies and organizations to emulate Illovo’s gesture.

He further said that Illovo Malawi recognizes the need for having a safe and reliable blood bank room.

In March, Illovo Malawi donated a multi-million kwacha Blood Bank Fridge which has been installed at the renovated site.

Illovo Malawi is one of the country’s largest single private-sector employers providing direct employment for 9 000 people permanent, seasonal and casual employees and an additional 5 000 direct and indirect contractors creating a total of 14 000 jobs.

Illovo is also a major contributor to the Malawian tax authorities through direct and indirect taxes. The company further supports an estimated 5 200 smallholder cane farmers through various smallholder schemes.