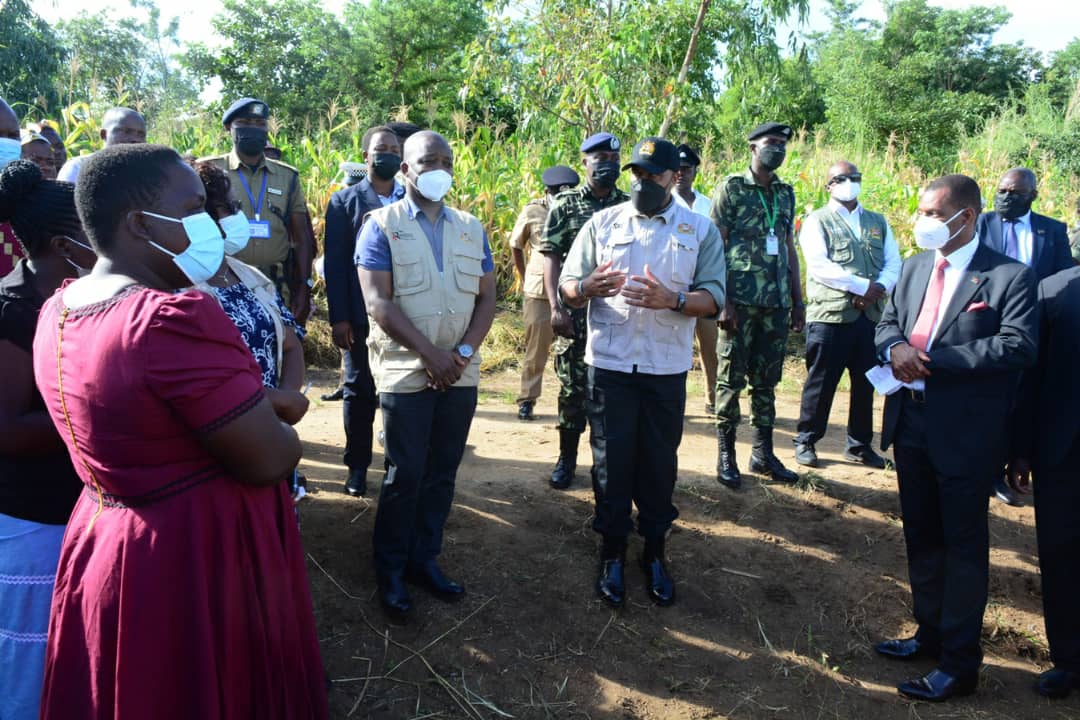 Vice President Saulos Chilima on Friday concluded engaging councils in the central and southern region with Blantyre district council making it the 22nd engagement in 13 days.

Chilima said the progressive thinking and the outside-the-box thinking from the councils is a sign that Reforms are being domesticated.

The Vice President started his last visit on the reforms projects under Blantyre district council at Lirangwe from 8 am and later proceeded to T/A Kapeni to appreciate efforts on virtual-based extension services as part of Agriculture and Food security reforms.

“I was impressed with what is happening at Nanjoka Hill at Undi Village in T/A Lundu where the council is carrying out environmental and climate change management reforms. Here reforestation efforts have brought back vegetative cover on the hill. I have encouraged the council to replicate this to various areas especially on Ndirande and Soche Hills to make the district green again through the initiative,” said Chilima.

In Blantyre City, the Vice President said the parting shot was that the city must work towards reclaiming back the status of the city that has been lost.

“Otherwise, they have good plans and a seemingly health financial base to implement and fix a few things that can change the city’s outlook. For example, on their financial sustainability reforms the city has increased its revenue collection by 100‰ after updating the Quenquinnial Valuation Roll – moving billing from K2.2 billion per annum to 7.2 billion,” said the second in command.

He stressed that the new thinking coming from the councils is encouraging and a pointer that stakeholders are now on the same page.

“Of course, some of the reforms being proposed or under implementation may sound small and routine management function but we are not scared to start small. We want to put back the basics first,” said Chilima.

He said the thinking across the councils on financial sustainability is encouraging in that they are thinking outside the box citing
Cable Cars on Mulanje Mountain and the proposed annual Bike Racing in Thyolo.

Chilima also praised the unity among the district stakeholders as encouraging.

“Nothing made me happier than seeing Chiefs, MPs, Councillors, and Interest groups well aligned and speaking from the same script,” he said.

The Vice President thanked “all the people that took their time to gather at specific places so that I address them after council meetings. I had interacted with people in Nsanje, Chikwawa, Mbulumbudzi, Lunzu, Thyolo and Mulanje among other places.”