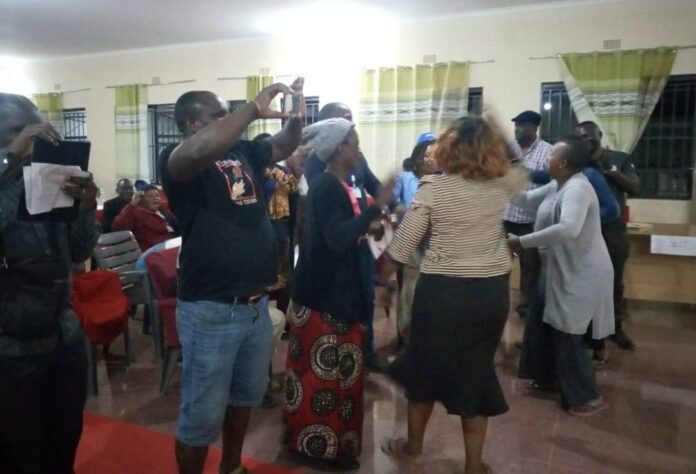 There was jubilation in the wee hours of Wednesday after Mzimba district Returning officer announced unofficial results in favour of Alliance for democracy (AFORD) Wachepa Phiri who got 3633 against his main contender Malawi Congress party  Donnex Muva who got 3615.

“Electoral process has checks and balances. In the event that there are complaints MEC will address all the complaints,” Bambe explained.

When addressing the gathering at Santon hall, where there was district tally centre, MEC regional elections officer Deverson Makwete said before determining the winner, MEC looks at all the complaints and address them.

“The Commission takes time to determine the winner. It addresses all the complaints before it determines the winner,” he said.

Mzimba east constituency seat fell vacant after the death of legislature of the area Wezzie Gondwe  who died on 1st October, 2021 at Garden City clinic in South Africa due to liver problem.