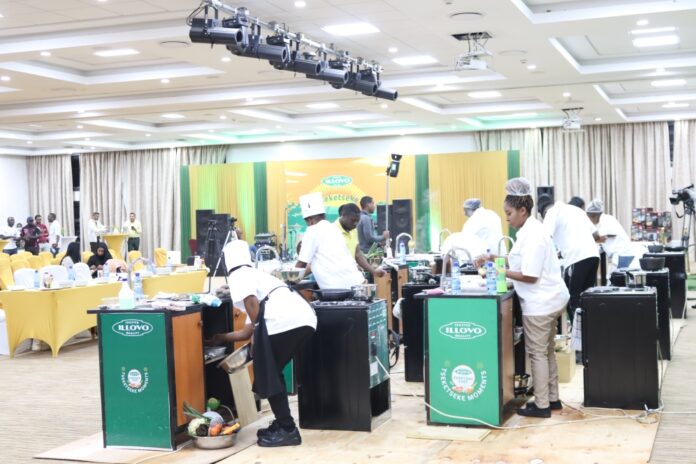 Illovo Sugar Malawi, a leading sugar producer operating in the country, has launched the second series of Everyday Chef Promotion in which winners will share MK 8 Million.

According to Katandula, the Everyday chef campaign enabled illovo consumers to interact with the brand by increasing awareness of refined and dark demerara sugar as they shared their recipes thereby contributing to higher brand engagements.

“The promotion will primarily be conducted online and run through our Illovo Tseketseke brand Facebook (FB) page. Each week Illovo will give consumers a challenge to showcase either their baking or cooking skills, which they will then have to share on the FB page.

“The recipe with the most likes on a weekly basis will automatically be entered into the final ‘Cook-Off’ competition that we will host at the end of the 8 week campaign.

A total of K8 million will be won; this will include a first place prize of K5 million, second place prize of K2 million and K1 million for third place,” said Katandula at Mount Soche in Blantyre during the launch.

Katandula further said: “To complement the online efforts, we will simultaneously be running shopping mall activations during the weekends which will be hosted by the winning Chefs selected tonight as part of this 1st phase of this year’s campaign.

“The purpose of these activities is to further educate our consumers on the multiple uses of the white refined and dark demerara sugar.

“In addition we will also run sales promotions in store, where shoppers who will buy 3 or more kgs of Illovo sugar will stand a chance to win assorted instant prizes like t-shirts, aprons, cooking utensils and many more.”

He added: “We hope this promotion will excite our consumers and engage them in a fun and creative way while trying cooking and baking using the different varieties of sugar which we produce.”

Illovo Sugar Malawi Plc supplies more than 60% of its total sugar sales into the domestic consumer and industrial markets, and a portion of the balance exported regionally within the sub-continent.