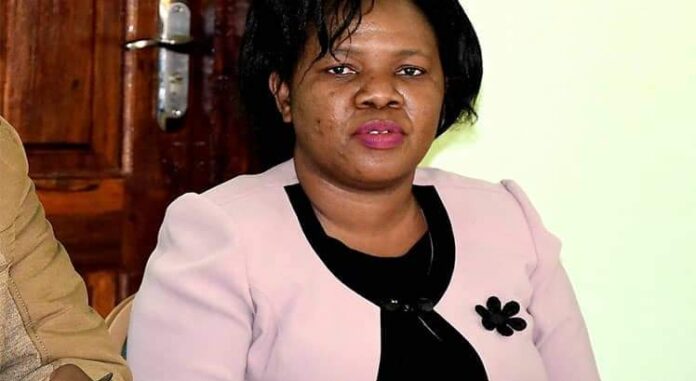 The board of National Food Reserve Agency (NFRA) has suspended its Chief Executive Officer Brenda Masanza Kayongo with immediate effect.

According to internal memo, NFRA’s Board of Trustees has effected the suspension pending further investigations and disciplinary processes on the missing thirteen trucks carrying Strategic Grain Reserve (SGR) maize.

The memo further directs that all matters requiring the attention of the Chief Executive Officer should be addressed to the Finance Director David Loga.

“I request all of you to continue working diligently and to provide support to Mr Loga and entire management during this period,” reads part of the memo signed by the NFRA’s Human Resources and Administration Director Humphreys Kalele Gunchi.

However, the most shocking news is that her suspension comes barely two days after the minister visited NFRA offices.

“We are very shocked that the whole board had to wait for the minister to come here to effect the suspension, this is out of order and very worrisome,” one of senior officials who opted for anonymity told Malawi Voice.

Kayongo recently appeared before the Joint parliamentary committee where she revealed that NFRA had already paid 143 million Kwacha to Smollett Kachere, a transporter responsible for the missing 13 trucks of Maize.

Kayongo added that NFRA was still processing invoices to pay Kachere a balance of 64 million Kwacha for the delivered Maize, a statement which did not go down well with the committee members.