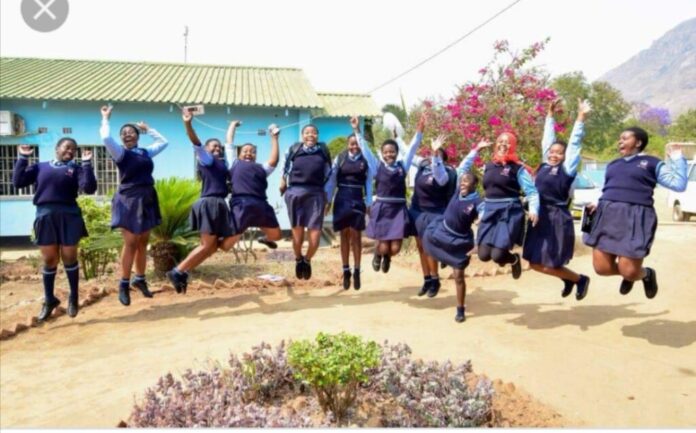 One of the top-notch qualitative learning institutions in the country Maranatha Academy is set to recognise and bestow honour Esther Chavula, who have passed this year’s Junior Certificate of Education (JCE) exams with flying colours

On Thursday, the Malawi Examinations Board released the JCE exams and Maranatha girls Academy scored with a six star, as out of 97 students, who sat for the examinations all of them passed.

Esther Chavula passed with a high-roof smashing the seemingly tough exams with A’s in all the subjects.

Ernest Kaonga, Maranatha Academy managing director, said: “Esther Chavula will be rewarded with K500, 000 from the school as a recognition for her hard work.

Kawonga said the top students’ award initiative, which was started way back at the school was introduced to encourage students to excel in education.

Kawonga also said some students at their girls campus who passed with flying colours in the 2020/2021 JCE examinations will be awarded with various gifts by Maranatha Academy.

“This is one way of promoting quality education in the country which was one of government initiatives.We are very delighted as Maranatha to see girls doing well in the JCE exams.

“As Maranatha we are going to reward top performer at our girls campus who is Esther Chavula,” he said.

“We will also recognize and award boys who have emerged as most outstanding,” said Kaonga.

Pass rate for boys is 99 per cent, as out of 82 students at boys campus who sat for JCE only 1 failed.

He added: “We are proud of this great achievement and as Maranatha we will always strive for the best.

Apart from Esther Chavula , the school has also managed to produced many students with high grades.

Kawonga also revealed that , the school will celebrate such a remarkable performance by preparing the brilliant students banquet when they open school with an intention to signify the appreciation of highest academic excellence in line with government’s vision of promoting quality education.

Meanwhile, Kawonga has hailed government and Malawi National Examination Board (Maneb) for the handling of the 2021 JCE EXAMINATIONS professionaly.

“As Maranatha we are impressed. The 2021 exams were handled professionally and if we continue taking this path we will have a bright future in education,” he said.