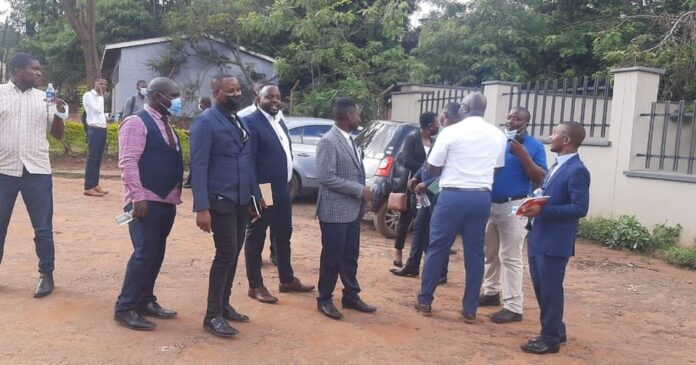 The High Court in Zomba has quashed the government’s decision to deny Foundation for Irrigation and Development (FISD) an opportunity to participate in public tenders on account of criminal charges against four of its directors.

Four FISD directors are currently under trial allegedly for receiving double payment in  a Ministry of Agriculture project funded by the African Development Bank (ADB).

The   board withheld awarding of the contract to the firm based on the legal opinion from the  former Attorney General who argued that FISD did not deserve public contracts because of criminal proceedings against some of its directors.

FISD sought a judicial review against the decision.

In his judgement, dated May 5, 2022 High Court Judge Justice Mzondi Mvula has quashed the SRWB decision describing it as unlawful and tantamount to passing a guilty verdict contrary to constitutional provisions under section 42 (2). The judge has also ordered the board to award the contract worth about K350 million.

Justice Mvula indicated that the presumption of innocence entitles an accused person to live a normal life and to carry out business, enter into contracts, until the fate is determined by the trial court.

“The withholding of the Contract by Government, in this contract and indeed all contracts pending against the Claimant has no backing of law. No legal provision under PPDA and indeed our laws sustain that act. The court in proper exercise of its discretion grants the application for declaratory orders sought.  The defendant is condemned in costs of these proceedings,” reads the judgement in part.

Justice Mvula also observed  that the law that governs public procurement does not provide for exclusion from contracts suspects of criminal proceedings.

“Criteria for award or denial to award a contract in our laws has been well laid down under Section 52 of the PPDPA. Denial, let alone withholding an award because of pending criminal proceedings, has not been listed as one of the criteria for eligibility to be awarded a procurement contract,” said Justice Mvula.

A lawyer in the government familiar with public contracts, who did not want to be named,  described the AG’s legal advice as ‘very strange’.

“It has nothing to do with the law but politics. Even if the four directors were guilty of an offence, you wouldn’t exclude the firm from participating in public contracts. And here they are just mere suspects and someone thinks they shouldn’t be given contracts. This is quite outrageous and costly. If acquitted, the directors may sue the government for this ill-treatment. I see the politics of victimization here,” argued the lawyer.