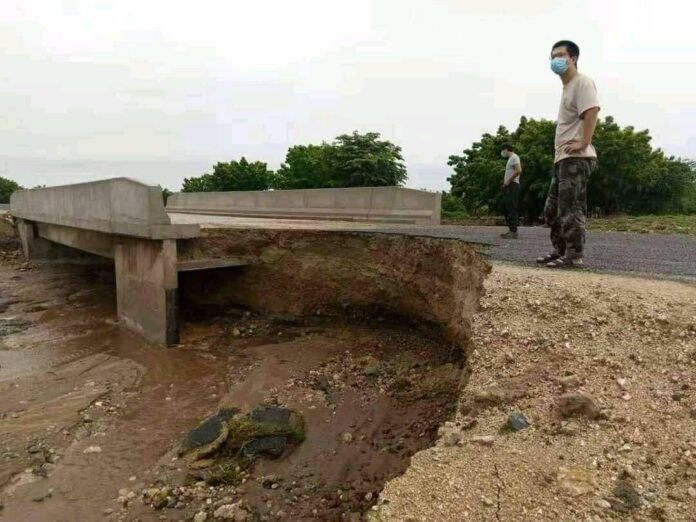 Roads Authority spokesperson, Portia Kajanga, confirmed the sad development on Saturday saying the whole part of the road has been destroyed by the flash floods.

Commenting on the development through his facebook page, a renowned social and political commentator Macbain Mkandawire said: “The rains in Malawi cannot be bribed, they will inspect every road and bridge much better than any mandated institution.”

According to Mkandawire, the rains in Malawi do not need the anti-corruption Bureau to investigate corruption and fraud.

He also prayed for the rains to continue doing the audit and inspection of substandard projects in the country.

“The rains do not need ACB to get evidence but provide much needed leads for ACB to investigate,” Mkandawire, who is also Executive Director for Youth Net and Counseling (YONECO).

On his part, a Malawian youthful Entrepreneur Sylvester Chabuka said: “I like that, nobody can cheat God.”

Another Malawian social media user, Edson Sabola said: “I am not an engineer but looking at the pictures, one can tell that this road is substandard, Kuba too much on government projects.”

“……And because there are no consequences for any of them, it’s going to happen again and again, Until Jesus come”

In September, Malawi President Dr. Lazarus Chakwera and other government officials inspected the construction of Nsanje-Marka road, in which he expressed satisfaction with the construction works.