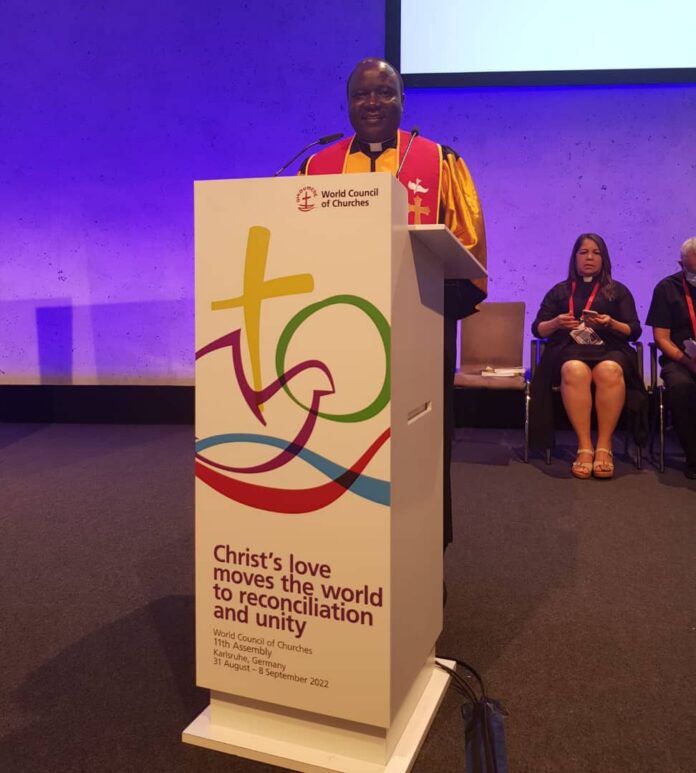 The Rev. Dr. Billy Gama, General Secretary of CCAP Blantyre Synod has been elected and confirmed as a member of the Central Committee for the World Council of Churches. (WCC)

Dr Gama was elected yesterday during The WCC Assembly, which commenced from 30th August to 8th September, 2022 in the City of Karlsruhe in Germany and was attended by over 4000 delegates of varying cultures, histories, languages, colours, and traditions from all nations on earth.

Delegates from the CCAP Blantyre Synod were Synod Moderator, Rev. Edina Navaya and Rev. Dr. Billy Gama, the General Secretary while the Very Rev. Prof. Dr. Silas Ncozana attended as Advisor of the WCC due to his long experience and involvement with WCC.

“The Assembly delegates were  a living image of all human kind.” Said Rev Ncozana in a statement.

Dr Ncozana said the election of Rev. Dr. Gama was remarkable in that he was among over 280 eminent candidates from all over the World with only 150 needed to form the Central Committee

“It is unequivocal that competition was extremely high. Dr. Gama has put Malawi on the World map as WCC is likened to the United Nations except that WCC meets once every 8 years. Its next meeting will be in 2030.” he said.

Deliberating on the theme, “Christ’s Love Moves the World to Reconciliation and Unity”, the Assembly acknowledges that the World is under crisis citing the climate change, the War in Ukraine, Conflict in the Middle East and in other parts of the World as some of the challenges.

“Therefore faith communities were challenged to formulate policies and draw plans of action in order to mitigate all forms of adversities that cause human suffering.” Said Dr Ncozana.