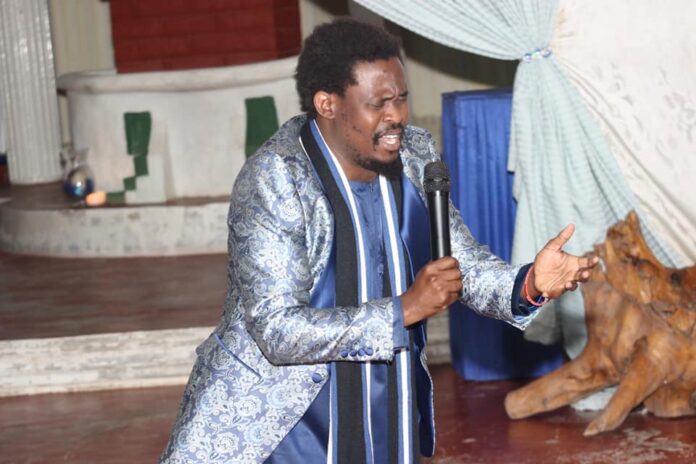 Highly respected man of God Prophet Dr. David Mbewe has branded President Dr. Lazarus Chakwera’s Tonse Alliance Administration as a bunch of ‘pathological liars and an association of crooks’ who promised Malawians a heaven on earth but only to deliver a living hell.

Prophet Mbewe, who is also the founder of Freedom for Worship and Economic Liberation for Development (FOWEL), was speaking during SHALOM’s Cross Over night on new year eve in Machinga district.

“President Chakwera and his Tonse Alliance administration lied to us, they promised Malawians three meals a day, cheap fertilizer and above all they promised a modern day Canaan,” said a visibly angry but well-composed Prophet Mbewe.

He added: “I’ m not a politician and l will not be one; my mission is to liberate millions of Malawians who are suffering under Tonse Alliance administration. Enough is enough Chakwera and his Tonse Alliance must go, they have failed to govern the country.”

According to the fearless Prophet Mbewe, Malawi is far worse during the current regime {President Chakwera’s administration} than the previous regimes; as corruption, nepotism and favoritism have characterized the Chakwera’s Tonse Administration.

“Chakwera’s administration is worse as compared to the previous administration; the president has been surrounded by people who are on a self-enrichment mission,” said Mbewe while calling for the immediate resignation of Chakwera for failing to run the state affairs.

Meanwhile, Minister of Information who also doubles as government spokesperson Gospel Kazako and President Chakwera’s spokesperson Anthony Kasunda are yet to comment on Prophet Mbewe’s direct-attack on Chakwera’s Tonse administration.

In a related development, President Chakwera, who is also president for Malawi Congress Party(MCP)-a key partner in the Tonse Alliance administration- is this evening Malawians this evening from Kamuzu Palace in Lilongwe.