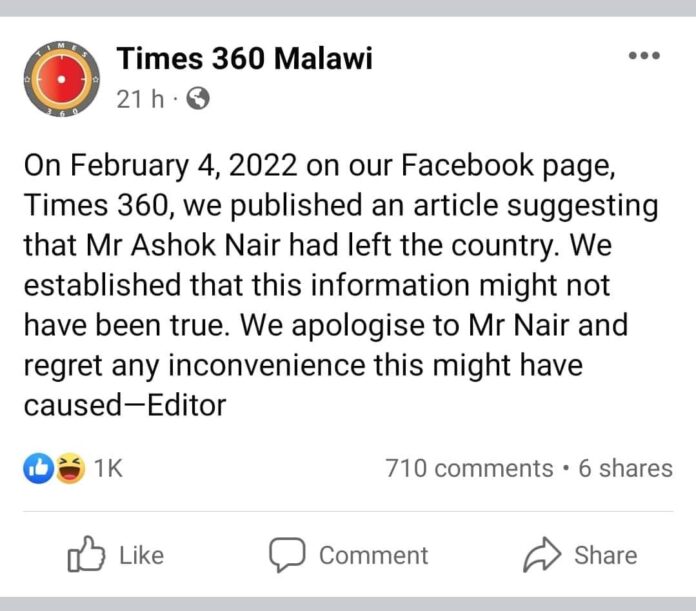 Malawi’s Private Media House, the Times Group, has apologized for spreading fake and misleading news against Malawian of Asian Origin Ashok Nair through their Facebook page.

The apology comes barely days after the so called giant media house published a false article claiming that Nair, who is under Anti-Corruption Bureau’s (ACB) probe, had sneaked out of the country.

“On February 4, 2022 on our Facebook page, Times 360, we published an article suggesting that Mr. Ashok had left the country.

“We established that this information might not have been true. We apologies to Mr. Nair and regret any inconveniences this might have caused,” apologized the Times Group Editor in a statement posted on its official Facebook.