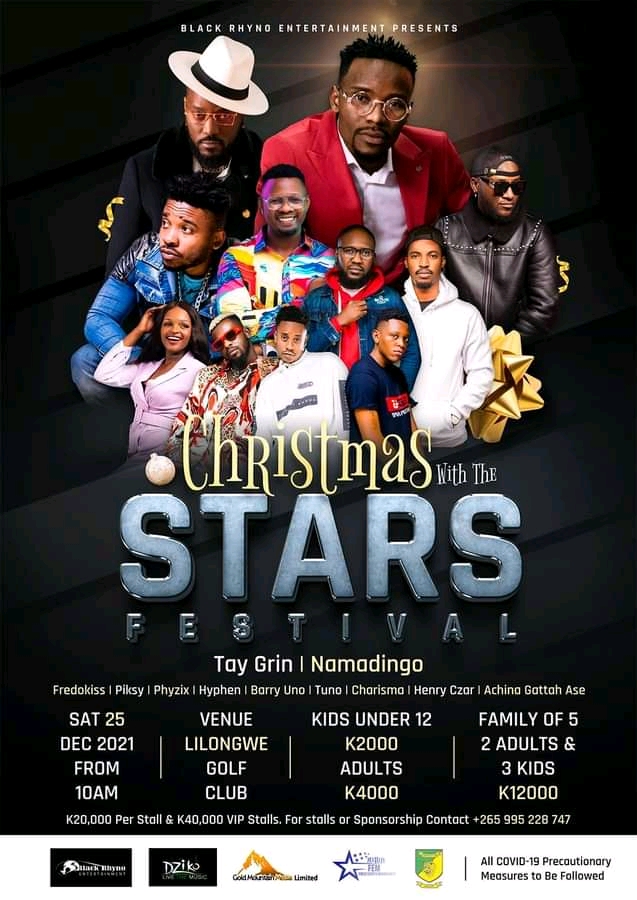 The festival, which has attracted Malawi’s top artists, has been slated to take place at Lilongwe Gold Club on Saturday the 25th of December, which happens to be Christmas Day.

According to a poster advertising the festival, some renown artists are Fredokiss otherwise known as Ghetto King, the Unamata star Piksy, Phyzix, Hyphen , Barry Uno, Charisma and Henry Czar.