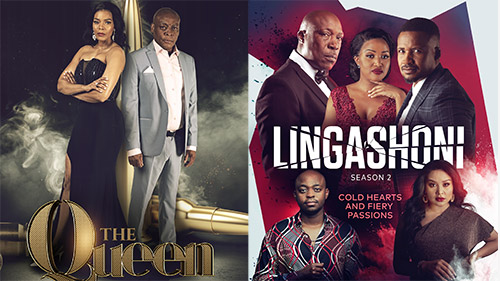 Mzansi Magic’s The Queen and 1Magic’s Lingashoni final seasons are ending in March 2023. The channel strategies for 1Magic (DStv channel 103) and Mzansi Magic (DStv channel161) have been revised to keep abreast with changing audience preferences and the evolving competitor landscape.

The Queen’s producers, Ferguson Films, will shoot Season 7 of the show, which will premiere in July 2022 and viewers will continue to enjoy the telenovela on their screens until its final episode airs on 13 January 2023.

The 1Magic telenovela, Lingashoni, will come to an end after its second season concludes on 16 March 2023. This follows the season’s premiere on 21 March 2022.

A new telenovela will be introduced into the weekday 21:00 CAT slot, replacing The Queen from January 2023. New content is still under development and will be announced in due course.

Multi-award-winning production The River has just been renewed for Season 5 and a replacement for Lingashoni will be announced in due course. Ferguson Films, have given us hit shows including Rockville, Igazi, The Imposter and Unmarried; while Stained Glass is the studio behind our shows Ifalakhe, eHostela and the massively popularThe Wife.

Pan-African content is what drives our growth and our viewership, and we are committed to giving our discerning audiences content they can relate to and see themselves in.

Both The Queen and Lingashoni will continue to be on air until January and March 2023, respectively. We have exciting plans for our content for 2023 and beyond.

DREAMWORKS LAUNCHES ON DStv IN SUB-SAHARAN AFRICA ON MARCH 18