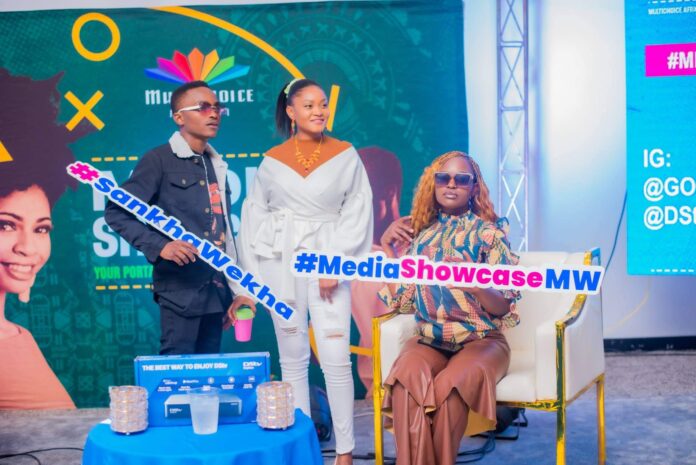 MultiChoice Malawi says it will continue promoting Malawian artistic content on its DStv and GOtv Channels as one way of giving back to its subscribers.

The content is to be promoted through Comedy or Drama series that now have a room on newly introduced channel, OneZed.

This is according to MultiChoice Malawi’s Managing Director, Emma Gichonge who has made the revelations during this year’s Media Showcase ceremony held at Amaryllis Hotel in Blantyre.

The showcase aims at summarizing and exhibiting how MultiChoice embraces its role as Africa’s most-loved storyteller through providing a world of choice to its customers.

According to Gichonge, Africa’s leading company will soon be announcing the successful candidate who proposed to be part and parcel of the team set to add flavor to the brand.

“We are committed to ensuring Malawian stories are told and it brings me great joy to have observed such a positively overwhelming response to the call for proposals for the first Malawian Comedy or Drama series that has been commissioned for OneZed,” said Gichonge.

She has on the other hand said their company will continue making sure that all groups of people with content of their choice by among others sustain sporting shows.

“We are so excited to provide our customers with all 64 of the FIFA World Cup Games live, on the home of sporting action, SuperSport on both GOtv and DStv from the 21st of November,” she added.

Also during the event, heads of different departments at MultiChoice Malawi highlighted different strategies their departments are setting up to ensure that entertainment the company offers is not interrupted.

It has been 25 years since MultiChoice started its operations and various quarters of the society have been rating its performance highly.