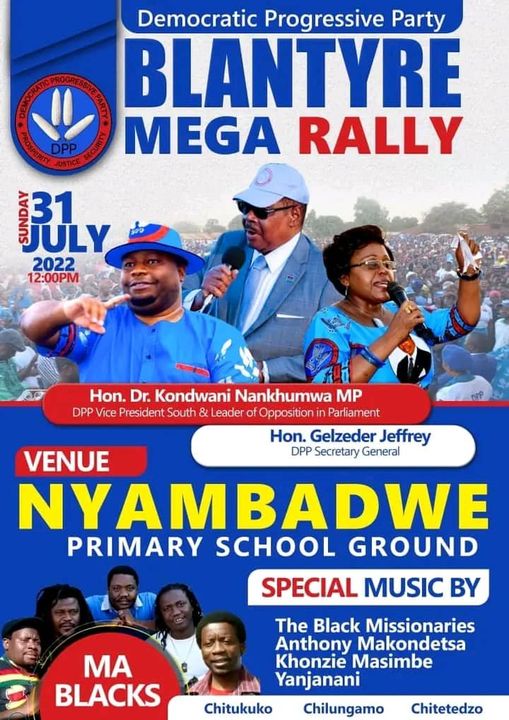 The rally comes barely few months after Nankhumwa held another rally at Mgona in Lilongwe, a historical rally which pulled a record turn-out.

According to a poster advertising the rally, Nankhumwa, who is also leader of opposition in Parliament, will address the rally alongside Party’s Secretary General Gelzeder Jeffrey, about 50 parliamentarians and other top officials from the party.

Nankhumwa, who is also Member of Parliament for Mulanje Central, is expected to address a number of issues including economic hardships Malawians are currently facing under President Lazarus Chakwera.

The rally will also be spiced with live performance from the people’s band Black Missionaries, Anthony Makondetsa, Khozie Masimbe and others.