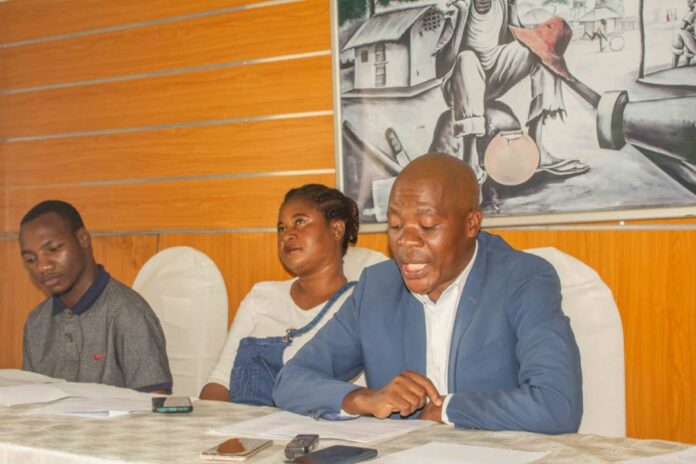 There are fears that Malawi is in deep crisis concerning foreign currency to the extent that the situation has forced authorities start rationing the much needed green bulk.

Sadly all borders on leadership whereby an independent research carried out by Centre for Democracy and Economic Development Initiatives (CDEDI) establishes that the Tonse Alliance high ranking officials are involved in the externalization of forex.

CDEDI also reveals that Forex scarcity has reached alarming levels due to the fact that proceeds from the recent sales of agricultural commodities to South Sudan and India by some high-ranking government officials were deposited into foreign bank accounts, and did not trickle back to Malawi.

CDEDI has also cited the cancellation of International Monetary Fund (IMF) extended credit facility by the Tonse Alliance Government as among reasons for ugly face on the country’s economy.

CDEDI Executive Director Sylvester Namiwa says although the money is small but it provides a signal and gives confidence to bilateral donors that someone is monitoring government’s economic programs.

Worsening it all, according to Namiwa, is President Chakwera’s tendency of shielding corruption, instead of fighting the same, saying the acts by the Malawi leader has scared away existing and potential donor partners.

CDEDI’s findings have been validated looking at the fact that the three and half months import cover that was there prior to the ascension of the Tonse Alliance government to power in June 2020, under President Dr. Lazarus Chakwera, has totally been depleted hence business community has for the past two years struggled to get forex to meet their import demands.

“At some point they used to find solace in the Rand and the Euro, which can hardly be found in the commercial banks today. Even though the RBM pegged the US dollar at MK825, the figure is just on paper since on the market it is selling at over MK1,150,” Namiwa says.

As it stands, Namiwa says, there is lack of a clear policy to encourage inflows of forex through the Foreign Denominated Accounts (FDAs), as well as conflicting government policies.

“A classic example being the trade and industry minister’s decision to solve the current escalating cooking oil prices by ‘inviting’ new players instead of creating business sense that should attract more players to join the market.

It is an open secret that these new players will still need forex to operate and at the same time they will not help in the creation of the much-needed jobs by our unemployed youths,” he says.

He has since written Finance Minister Gwengwe to clarify on the matters that are pressing Malawians especially as a result of Forex scarcity.

“This far, we would like to demand nothing but an explanation as to what
policies your ministry is putting in place to resuscitate the economy from its death bed as clearly evidenced by the ever-weakening Malawi Kwacha,” reads the letter in part addressed to Minister Gwengwe.

Meanwhile, Gwengwe and his boss Saulos Chilima are in America lobbying developed countries to have debts for poor countries cancelled, a thing majority have said won’t be plausible looking at the levels of corruption as well as extravagance of the current regime.